Album #2 – Post Vintage – soon to be released digitally in Scandinavia 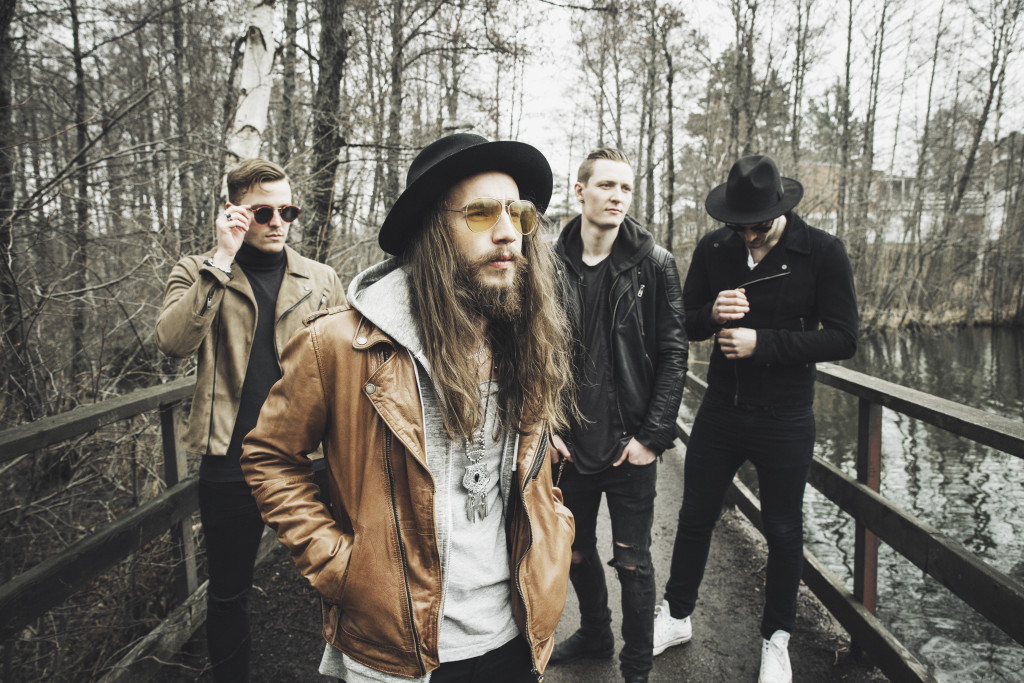 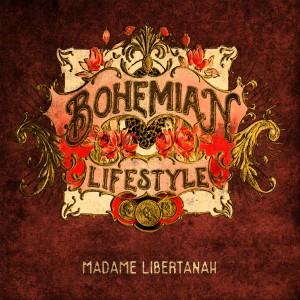 Listening to the latest release from Swedish rockers, ‘Madame Libertanah’ by Bohemian Lifestyle is like getting a good grade on a test you didn’t study for, or finding a four-leaf clover. The music isn’t incredibly intense nor is it innovative, but what it lacks in innovation it more than makes us for in jump-up-and-down fun. The band is comprised of, Daniel Gustafsson (Keyboard/Vocals), Filip Conic (Lead Guitar), Richard Lindström (Drums) and Pontus Viberg (Lead Vocals/Guitar). ‘Madame Libertanah’  is 100% energy throughout with contrasts in tempo and heaviness. These are tightly crafted songs with more hooks than a fisherman’s tackle box. Their songs are refreshingly structured and predictable in a way that is wholeheartedly gratifying. A combination of ’90’s loud guitar rock, ’80’s energy, and ’70’s glam. Songs like ”Libertánah ”, ”Fool’s Mask”, and ”A Brighter Day ” are good old fashioned power pop gems. While tracks like, ”Woodlands”, ”Coming Back Around” and ”Superman” are guaranteed to satisfy you riff cravings. Songs on this album have a certain staying power that you won’t find with most artists in this genre. This is one of those recordings I feel crosses all boundaries in the world of rock music. Like other hard rocking European band’s that have came before them, Bohemian Lifestyle know the power of a good riff, and this album is chock block full of enough to keep air guitarists around the world throwing the windmill shape until their arms are ready to fall out of their sockets. ‘Madame Libertanah’  is unapologetically radio-friendly and a hell of a lot of fun. It’s vibe is so contagious, it practically yanks you out of your seat and commands you to move! – Highly Recommended
Tony @ The Dedicated Rocker Society/All Access Magazine

10/10 Points – ‘As “Libertanah” begins, you’ll be digging it from the very first notes! Its secrets are crystal-clear vocals, guitars with a dirty rock sound, as well as rhythmic bass and drums! Add the amazing rhythm and beautiful backing vocals into the equation, and you have all the pieces of this musical puzzle! Our Swedish friends know how to start an album in a fantastic way!

Up next is “Fool’s Mask”, a more powerful and rhythmic track! The band’s frontman, Pontus Klas Viberg, has a very charismatic and characteristic voice! I really like this guy! On top of the amazing vocals and incredible riffs, this track also has great rhythm! There’s something strangely good and unique about
these guys’ compositions, I’m starting to really dig them! The second track in a row to rock out for good! Let’s see what awaits us next.

“A Brighter Day”, “Woodlands” and “Coming Back Around” are all high-quality melodic hard rock tracks, however, the last one beats the rest with is rhythm and beautiful crystal-clear vocals! You won’t stop headbanging while listening to it! (laughs) “Wake up Call”, “Wayward Hearts” and “Superman” continue the album in the same quality footsteps, with the last one once again beating the rest with is incredible guitars and rhythm! A super “dirty” track that you’ll have to listen to again at least once before moving on! Finally, the album closes rhythmically with “Third Longstreet Groove” and “Horror Show”.

In summary, what we have in our hands is an amazing album hailing from the incredible musical school of Sweden! I truly enjoyed writing this review, only downside is that my neck now hurts from all the headbanging! (laughs!!)
One of the best albums I’ve had the pleasure of listening so far in 2015. I expect a lot from these guys in the future! Kickass stuff! As for the score, it has to be a 10/10, of course! Now if you’ll excuse me, I’m off to listen to “Superman” once more…

Bohemian Lifestyle started out as a teenager rock band almost a decade or less ago. In time the guys grew up and they started working on their own material. They’d released 3 EPs before they started working on what would be their debut album, “Madame Libertánah”. Even though the guys are young, they do play like they have been around for many years. They origin from Sweden and they do fancy acts like The Hellacopters, Backyard Babies, Black Stone Cherry, Hard Core Superstar and so on. I first came upon this band a couple of months ago when they sent me their new video for “Libertánah”. I was stunned by that track and immediately saw potential on this newcomer. Their debut album is very mature and well-made on the whole. The production is great too. The album was produced by Chips Kiesbye, mixed by Benjamin Nyman & mastered by Svante Forsbäck at Chartmakers.

The rock & roll with blues rock, hard rock and modern touches music amalgam is rather enjoyable, if I may say so. The melodies in some tracks are quite captivating too. I could go on and say lots of positive things about Bohemian Lifestyle but since they’re young, they need to hold their head down, continue to work hard and never but never believe the big words they read on the (web especially) press if they wanna make it at long last. I’ll be around to watch how this band will evolve during the years… their first sample is more than positive though… Grande Rock.com

Wow, this new Swedish quartet really kicks off with an outstanding powerful retro style hard rocker! Great vocals, powerful delivery, great production by Sator man Chips Kisbye! Unfortunately there’s a power drop in second track “Fool’s Mask”, where they sound more like a modern pop/rock band, and it spirals even more downwards in “A Brigher Day”, which sounds closer to The Ark (a good band, but not really my cup of tea. The Swedish band, not the Norwegians, that is). In “Woodlands” the guitar is back in action! Cool and heavy riffing kicks this one into gear, even though the chorus sounds a bit too streamlined for my taste. “Coming Back Around” moves back into the pop/rock territory and they lose me once again. “Wake Up Call” has a pretty cool quirky riff, and the song works pretty good actually, but the following tracks continue the hit and miss affair. Half the album works great for me, while the other half just don’t cut it at all. When they’re good, they’re really good! Janne Stark

Link to Bohemian Lifestyle on FB

Debut album ”Madame Libertánah” – Released in Scandinavia in April 2015 and in the rest of Europe February 2016.